ℹ️ This is part of a series of internal Docker workshops for the Financial Times.

Today we’ll cover using the docker-compose command line tool, and discuss using a multi-stage build to keep the size of our Docker images down. 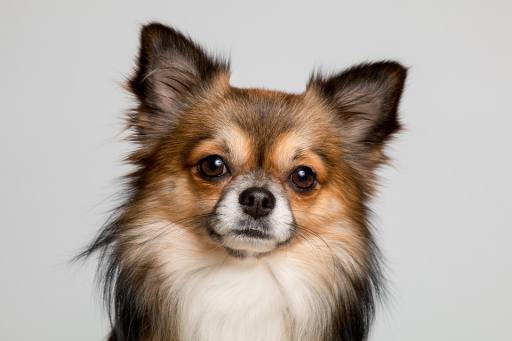 Using docker works fine when everything you need to run fits into a single Dockerfile, but what if your application needs a database, should that also be installed in the image?

Let’s think about how to develop a web application locally using Docker.

It’ll have a web process running the application, and a database of some sort. We’ll call the collection of these two processes the system.

If we take a look at the best practices for writing a Dockerfile, we find there’s a whole section on decoupling applications.

Each container should have only one concern. Decoupling applications into multiple containers makes it easier to scale horizontally and reuse containers.

In essence, we should try and run only one process in each container.

Following that advice, we’ll need two images to define our system, one for the web process, and one for the database.

In the previous workshop we made a MySQL database of dogs.

Taking that database, let’s write an application that lists them all in HTML.

the human is hosting a get together this evening. and i am told there will be snacks. so my goal. will be to convince every single guest. that i have not eaten. in several weeks

Pretending we’re on Blue Peter for a moment, there’s a Go based application ready to build.

In this repository we have a few files and directories.

Time to talk about docker-compose, a command line tool that’ll help us when we work on systems with many processes locally. By defining the system in a docker-compose.yml configuration file, we can start and stop a system made of several Docker images with just a single command, docker-compose up and docker-compose down.

Compare that to using the docker command line tool to start a system using more than one image. It’d be a docker command in the terminal for each image that we’d have to start or stop.

Here we see a set of services defined in the configuration, two in fact. We have one that defines configuration for our application, and another for our database.

You might notice, there’s a similarity between a service’s docker-compose.yml configuration, and the command line arguments we’d use if we wanted to run the same image using the docker command line tool.

This is much of what docker-compose allows us to simplify! By saving the verbose docker command line calls into docker-compose.yml we have a tool that can manage calling docker for us.

We also define depends_on, which tells Docker Compose that we must have a database container running before our application container starts.

There are also entries for volumes, ports, and environment variables. These fields map to the options we’d pass to the docker command line tool.

If we have a look at our application, to get it talking with our database, we’re telling the application to point to a server at the database hostname.

Time for an aside on Docker networks.

When using Docker Compose, there are several useful features it also enables for us, without having to specify any configuration.

One of those features is networking between containers.

In order for our application container to have a connection to our database container we need to make a link between the two with a Docker network.

If we were using the docker command line tool we would define this with the --network option, but we’d also need to run docker network create first. Docker Compose configures this all for us!

We can then connect to our database from our application by using database as a hostname, which is the name of the service as defined in our docker-compose.yml configuration.

Now we’ve cloned our repository let’s start up our system.

We can add the -d option to start everything as a daemon (just like docker run -d).

To stop everything we do just the opposite, docker-compose down.

This brings up, and then stops all the services we’ve defined in our docker-compose.yml.

You’ll notice that it also builds the image for our application too.

If we wanted to reset our database (say we deleted our initial table my mistake), we can recreate the volumes using docker up --renew-anon-volumes.

If we want to run a command inside a container we can use docker-compose run. Let’s try running dep ensure on our code (it’s a way of installing dependencies in Go).

Because we’ve defined a volume for our application/ directory, any changes made inside this container actually get made to the files in our cloned directory too.

Perfect for developing locally! The same is true if we make changes locally, they will be reflected in the filesystem of the container.

How about connecting to the database with a SQL client? We can use docker-compose run again, and pass it arguments similar to our last workshop.

If we inspect what containers we have running, with docker ps, you’ll find that the MySQL container does not have it’s port published.

So we actually have a private MySQL database locally, but we can connect to it if we’re working in a container within the Docker network that Docker Compose made for us.

One final thing we get when using Docker Compose is a process supervision tool for our containers, by using the restart configuration we can specify if docker-compose should start a container again if it crashes.

Time to go away and build those Docker developer environments!

In this project we have two Dockerfiles for the application, development.Dockerfile and production.Dockerfile.

I wouldn’t consider this naming best practice, but it will give us a great comparison between standard Dockerfiles and multi-stage Dockerfiles.

In development.Dockerfile we have a typical Go based image, that copies in our source code, installs dependencies, and builds the application.

In production.Dockerfile, we see the same directives, but we also have a second FROM directive. That’s the sign we’re dealing with a multi-stage Dockerfile.

Docker handles this by building two images from the one Dockerfile, but it throws away that first image when it’s done.

We give the first FROM directive a name with the AS keyword, which we can use to reference this first image when we’re building the second.

If we run the following commands to make the two images, we can then compare the size of the resulting two images.